Using the USRP and software platform, it is possible to build 4G/5G analog base stations or terminals, and realize many functions as follows: deploy exclusive networks; use for teaching and scientific research, research base stations, terminal operating structures and protocols, etc.; develop and test products, such as replacing CMW500 Some test functions. 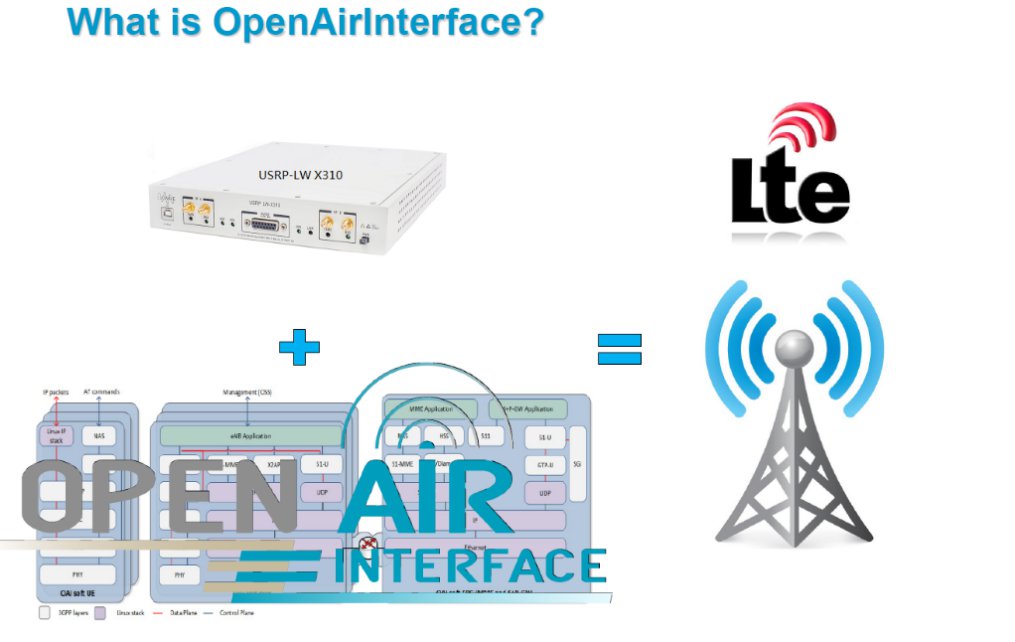 OAI fully implements LTE EPC, ENB and UE according to 3GPP protocol, and its overall architecture is basically the same as LTE protocol stack.

The following is an official structure of OAI. You can see the structure diagram of ue on the left, including PHY, MAC, RLC, PDCP, RRC and NAS functions.

In the middle is the architecture diagram of ENB, and on the right is EPC.

Amarisoft is a commercial software, the project is not open source.

Amarisoft lte100 is a kind of LTE base station software which can run on ordinary PC. With USRP hardware, it implements the functions of eNodeB, EPC, embms gateway and IMS. It can replace some test functions of expensive cmw500 and can also be used for private network deployment. Support LTE, LTE-A, lte-m and Nb IOT.

The use of USRP and OAI / amarisoft software platform can achieve 4G / 5G simulation base station and terminal construction, can flexibly realize many functions and has good expansibility.